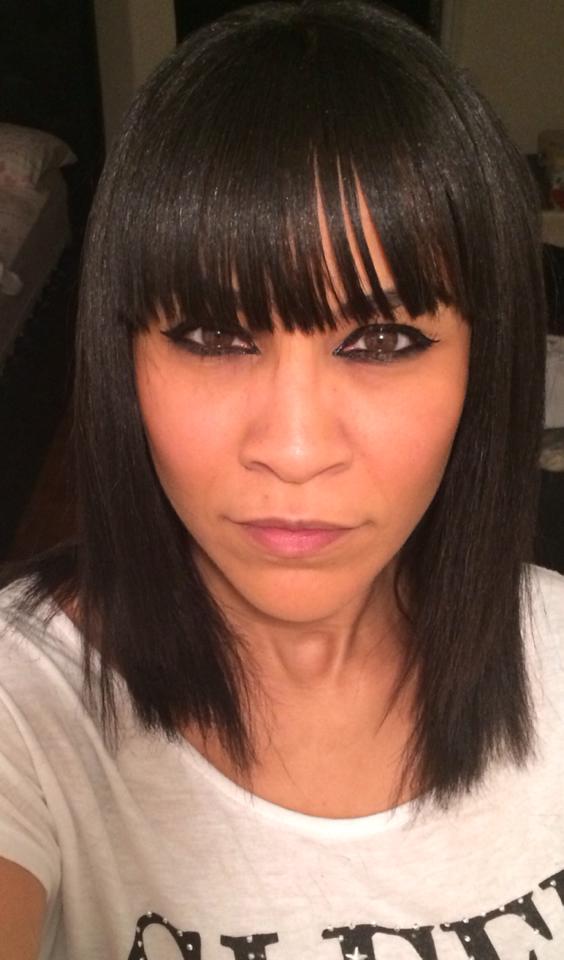 I am fierce because I aim to empower women by embracing the natural characteristics of ivy and creating a global mentoring program for teenage girls that will allow them to travel the world before attending college.

This week’s F.I.E.R.C.E Woman of the Week hails from Queens, NY and is a mother, budget manager,  poet, author, and  founder of The Climbing Ivy Project, Inc. Known solely as True, she is the only female member of the highly acclaimed and much respected poetry ensemble El Grito de Poetas, a collective of diverse Latinos dedicated to educating though creative forms of art.

True’s passion for the spoken word and for expressing her truths through poetry exude an honesty, rawness, resilience, and determination that make her stand out from the rest. Her upcoming book slated for release June 21st, holds the same name as her non-profit organization, Climbing Ivy.

The Climbing Ivy Project, Inc. which is also launching June 21, 2014 has been created as a celebration and heralding of the women who never wanted to be flowers. Women who pride themselves on being noticed for what they have achieved instead of what they were told to aspire to. Women who preferred to stand firm on their roots, claw their way out of the shade, and climb to the top instead of being compliant and docile objects.

All too often women are bombarded with misconceived standards of womanhood and femininity, notions rooted in an infertile ground that does not provide them with a healthy foundation to grow into the strongest, happiest, most fulfilling versions of themselves. These messages include the language of “not…enough;” not beautiful enough, not intelligent enough, not talented enough, not “man” enough to achieve the lofty dreams imagined in a male dominated world. We are often instructed to be “quiet” and “pretty,” to not make spectacles of ourselves. Told to be ladies. Admonished to be soft and beautiful like roses, growing gently in the sunlight.

True believes that women have the capability to endure and overcome obstacles and thrive vibrantly even in the harshest of conditions.  The Climbing Ivy Project’s goal is to connect women around the world through an on-going discourse expressed through their respective fields and art forms, fostering self-respect and the belief that their power is truly limitless.

Through The Climbing Ivy Project, True is providing  women with tools to transcend barriers & societal constructs. She is cultivating a  support network of interconnected women that will serve  as a professional and mentoring enclave.

For more info on The Climbing Ivy Project visit their facebook page at: https://www.facebook.com/ClimbingIvyProject

“As women, we need to accept that we can be fierce, cunning, and predatory” – Unknown

Follow The F.I.E.R.C.E Woman on WordPress.com
Join 2,670 other subscribers

< Previous Next >
+ Add your own event Eventbrite

What our readers are saying: